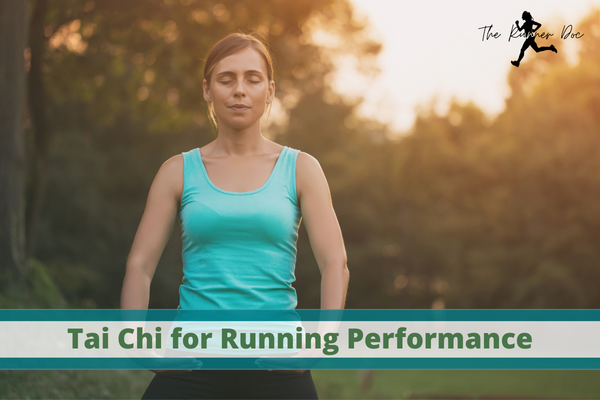 When you think about running, chances are the last thing you would consider beneficial to your training regimen is Tai Chi. Known for its slow, graceful movements and as an exceedingly low-impact form of exercise, it might seem Tai Chi has little to offer the serious runner.

Yet there are many benefits to be had from practicing Tai Chi that are not only beneficial for general health and wellbeing but also serve as a useful cross-training method in your running program.

What is Tai Chi?

Today there are many forms of exercise marketed as ‘Tai Chi’. When I refer to Tai Chi, I’m referring to the century’s old martial art taijiquan.

We refer to it by its Westernized name – Tai Chi – both for simplicities sake and in recognition that today it is primarily practiced for its health benefits rather than for self-defense.

Nevertheless, there are a number of concepts, principles, and practices that differentiate Tai Chi from other forms of martial arts and exercises.

Tai Chi is promoted as a safe and effective form of exercise because it is performed slowly and without significant stress or exertion. The benefits of Tai Chi on strength, balance, and coordination, as well as cardiovascular, respiratory, and a range of other health conditions are well documented in the scientific literature.

Less research has been on the role Tai Chi can have as an adjunct to existing sports and exercise training programs, however, the research performed in the health field, as well as anecdotal evidence, suggests that future research efforts in this area are justified and needed.

In my experience as a Tai Chi practitioner and a Physical Therapist, I believe there are numerous benefits Tai Chi can provide to athletes across the sporting arena. Some of these benefits, such as the internal aspects of working qi (chi) are still poorly understood by Western science, however, this is changing.

For the purposes of this article, I will primarily talk about the external/physical benefits.

Here are five primary benefits I believe Tai Chi can have for runners.

Yes, practicing Tai Chi can make you stronger. I’m not referring to the explosive power a sprinter might need to take off from the blocks; rather it’s the strength needed to stabilize joints in a coordinated fashion under external stress.

Areas where this would benefit runners that immediately come to mind are the ankles, knees, hips, pelvis, and the low back.

Stability occurs not only from activating and strengthening the muscles around these joints, but by doing so in a coordinated fashion requiring a fluctuating balance of concentric, eccentric, and isometric muscle contractions.

This has the dual benefit of potentially enhancing performance and reducing the risk of injury.

A fundamental concept of Tai Chi is the total coordinated movement of the body as a whole unit. This incorporates coordination of both the lower and upper body, and the right and left sides.

It also requires understanding how your body weight can be moved both laterally and front to back while minimizing the disruption to your center of mass (CoM), thereby ensuring you maximize your balance.

The coordination achieved through Tai Chi practice can help optimize posture and coordination of the upper and lower limbs during all phases of a runner’s gait, from stance through swing.

Breathing is another fundamental part of Tai Chi and running.

A runner who competes at any distance from 400m onwards soon learns to appreciate how important efficient breathing is; without good breathing technique, you impede your primary fuel source.

Yet another key concept in Tai Chi practice is sharpening the mind.

We see this in practice as an enhanced ability for focus and clarity and an improved internal sense of the body (enhanced proprioception is a good example of this). This is highly important for the runner, particularly those who run competitively.

Being aware of things such as the feedback that’s coming to you from your own body, as well as what’s happening in your surrounding environment – be it alone on the trail or amidst competitors on the track – is crucial so you can make effective adjustments (for example, to your stride length, your cadence, your posture) and thus improve your performance at the moment.

Though (to date) limited in research, my own experience and that of several of my students who participate in activities such as running and cycling, as well as discussions with other Tai Chi practitioners and athletes, indicate that Tai Chi practice may play a role active recovery as part of an overall training program.

Suggested mechanisms for this include:

While it’s essential to engage in running-specific exercises and training to become a better runner, Tai Chi as a complimentary form of cross-training exercise could provide that additional edge to help get you to the next level.

With future research, Tai Chi may even become a staple in high-level sports programs.

While there is still much research to be done. Tai Chi has shown benefits in the health field that can directly translate to the endurance athlete. Runner’s are always looking for ways to improve their performance and Tai Chi is one of those things that most runners should consider trying and practicing.

Ray Gates is a physical therapist with 20 years’ experience, and a Tai Chi practitioner for at least as many years. In 2015 Ray became a certified Tai Chi instructor granted by Master Dennis Watts, an internationally recognized and certified Tai Chi Master. He is the founder and head instructor of the Wisconsin Tai Chi Academy (https://www.wisconsintaichiacademy.com) based in Milwaukee, WI.